​Island Design Guide: How to build a Two Floor WaterFall?

Before starting the construction project, you need to ensure that your island has reached three stars and successfully invited K.K. to hold a concert. We will be able to unlock the functions of the island design freely. 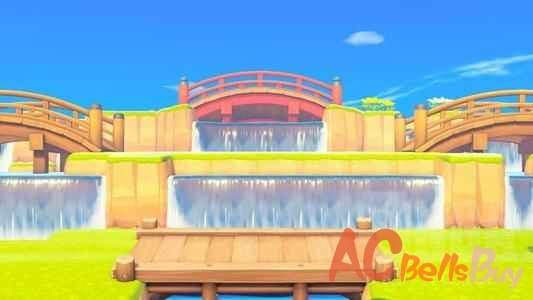 The construction of a double waterfall is very simple. Since it is a Two Floor terrain, we use the Cliff Construction Permit to first build a 5x4 rectangular cliff, and then build a 3x2 rectangular cliff in the middle of the top. Then use the River Construction Permit to dig the 6g position of the second level cliff into a waterfall, and then dig the 4b, 4c and 4d positions of the first layer into a waterfall. The double waterfall is done! 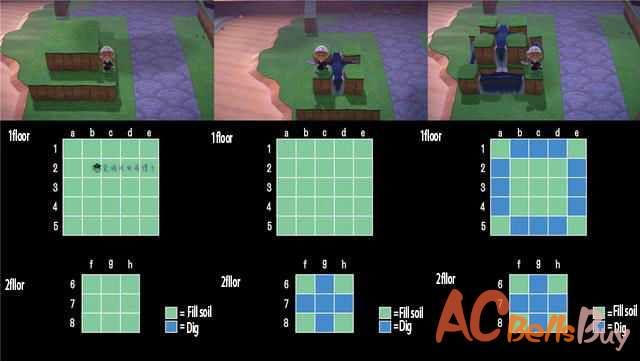 Of course, for the sake of beauty and science, you can dig a small lake in front of the 4b, 4c, and 4d positions. If you understand the principle, you can easily create a more spectacular large Two Floor WaterFall! 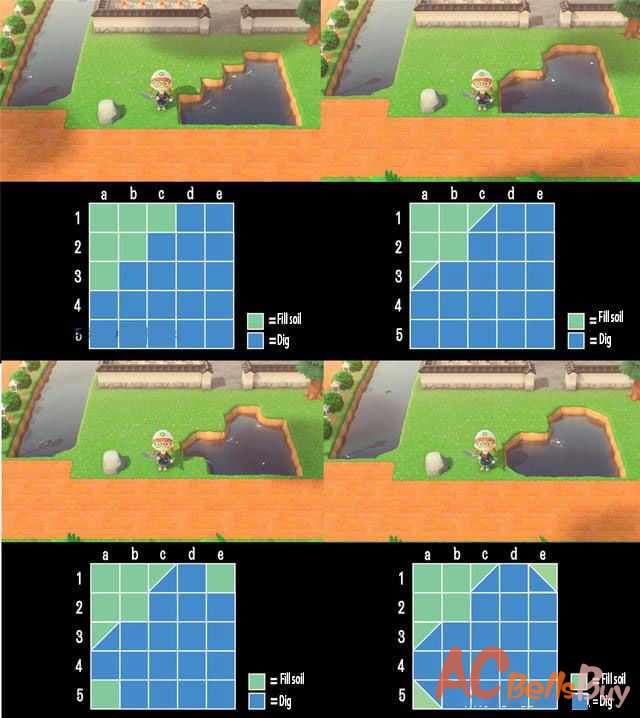 In addition to the waterfall, the small lake in the shape of a heart is also a favorite of many players. So how do you have your heart-shaped lake? Let's take a look at the production process: we first dig out a 5x5 square lake, then fill in six places 1a, 1b, 1c, 2a, 2b, and 3a with soil, then cut the places 1c and 3a into bevels, and then Fill in the places 1e and 5a with soil, and then cut these two places into a bevel. The heart-shaped lake is done!

The above is the construction method of the Two Floor WaterFall and some island design tips summarized by the doctor. The ACBellsBuy site will also provide players with ACNH Island Designs Service. No matter which style of the island you want, we will let professional designers help you. To build, we provide three island design solutions, namely 2D, 3D and 2D+3D. For details, please consult our customer service. We will provide the most professional service and the fastest delivery speed to help players enjoy the game better.