Fish and Bugs, Mushrooms will be updated in Animal Crossing New Horizons in November

With the arrival of November in the real world, Animal Crossing New Horizons will also be updated, which also means that there will be some new creatures entering New Horizons. 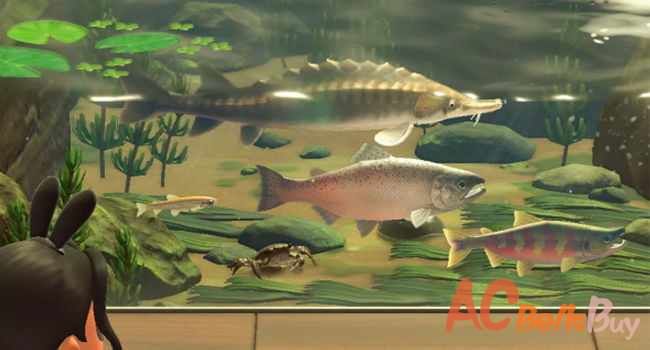 Animal Crossing: New Horizons gamers can look forward to the redesigned Fish and Bugs list, which will be released during November. Because most of them will stay for more than a month, but please make sure you donate any new discoveries to Blathers to complete your museum. You can tell when a new creature has been captured because the character will say "Yes!" out loud. Before they say the name of the bug or fish.

You can also check your Critterpedia to see if you donated bug fish. If so, when you are on your own island, a little owl icon will appear next to the critter’s name. Some of them will return to your island after they were previously available, so if they look familiar, you may find them in earlier availability.

Obtaining mushrooms from the northern hemisphere should start today and will be used as part of the seasonal handmade ingredients. As part of the fall update, certain players will pop up mushrooms, but not everyone will see them immediately.

When you log in, Isabelle should have shared news indicating that mushrooms can be found at the root of the tree. You will eventually find four different types of mushrooms, and when you find them, there are many different DIY recipes to discover.

So far, we know that there are elegant, round, flat-skinned mushrooms, and other changes to the flora will take place later this month. At that time, ACBellsBuy will continue to introduce players. While ACBellsBuy wants players to continue to provide Animal Crossing Bells, it will also update the changes in ACNH Items accordingly, not allowing players to find the latest and most valuable items the first time.