Home  >  News  >  Animal Crossing New Horizons was attacked by hackers, as a result. . .

Animal Crossing New Horizons was attacked by hackers, as a result. . .

Animal Crossing completed its fall update. Players updated the autumn patches and wore exquisite Halloween costumes, but they also attracted the attention of hackers, causing many players' items to be stolen and their islands destroyed. Most items can be purchased through Animal Crossing Bells in the game, and rare items are difficult to obtain even if you have Bells.

Nintendo had been hacked before, causing Nintendo to finally delete the hacked items. Nintendo did not return these items to ordinary players, which caused dissatisfaction among players. Because when the player returned to the island, they worked very hard to build and log on to the island and found that some items were missing. 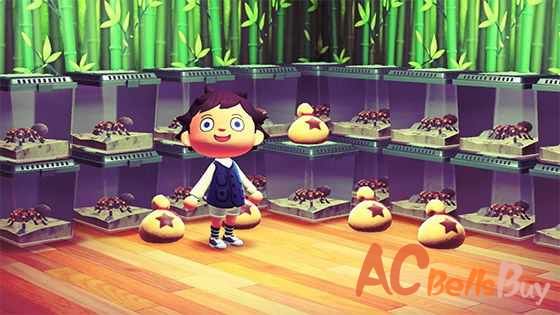 Hackers usually use computer code to attack games to obtain rare items in Animal Crossing that are usually difficult to obtain. This is a very bad event. It is a kind of harm to Nintendo and ordinary players. The developer has a certain financial loss, and the player also suffers a certain loss because of Nintendo’s actions. It is also a kind of Breaking the rules of the game.

Nintendo must have issued an announcement to all players, and it can solve the losses of ordinary players accurately and strengthen the handling of game security.

It is not that difficult for players to obtain rare items. After all, ordinary casual players do not have enough time to put them in the game. If you like the game Animal Crossing New Horizons very much, you can buy them directly through the ACBellsBuy station.

ACBellsBuy has always been committed to serving Animal Crossing players. We not only provide players with practical game guides, but also ACNH Bells For Sale, and those rare ACNH Items that are not available with Bells are available at ACBellsBuy Obtained, which greatly meets the needs of users.