Nintendo has released the 1.5 updates of Animal Crossing: New Horizons on September 29 and released the autumn-themed content of New Horizons. However, there are still some bugs that need to be fixed, mainly from the previous one. A small number of issues that have appeared in the game since its 1.5 major updates later in the month. 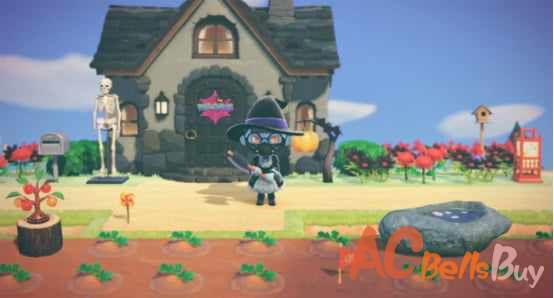 There are two main bugs in the 1.5 version of New Horizons. One of the errors is that the Nook Miles keyword will not appear in the passport list, and the other error causes villagers to talk about pumpkins when they get them. These issues are resolved in the 1.5.1 update.

At the end of September, autumn-themed content will be released, including Halloween events, pumpkins, and weird DIY recipes. While another major update of New Horizons will be released in late November, it seems that it will add Thanksgiving and Christmas events to the game.

In this month's update, a variety of new bugs, fish and sea creatures appeared in the game. The fishing competition held on October 10th, both northern and southern hemisphere players can participate. The victorious player received unique furniture and other items with a fish theme.

Fixed an issue where certain title keywords obtained through Nook Miles would not appear in Passport.

Fixed an issue where certain messages would be displayed in English, French, Spanish, German, Italian, Dutch or Russian.

Fixed an issue where animal residents would talk about pumpkins when shooting bamboo shoots.

Fixed an issue where the river could not be crossed based on the location of certain furniture.