Nintendo has finally released a major update for Animal Crossing. The current latest version is 1.11.0. Taking into account the players and the external environment, this update is very important for all players. For a long time before the update, this is very dissatisfied with the expectant players. Nintendo released a small and trivial update earlier this week. Because of the small update scope, experienced players have already chosen buy Nook Miles Tickets. The purpose is to prepare for later major updates. This upsets players who patiently wait for updates to their favorite games. Because the small update did not introduce in detail. 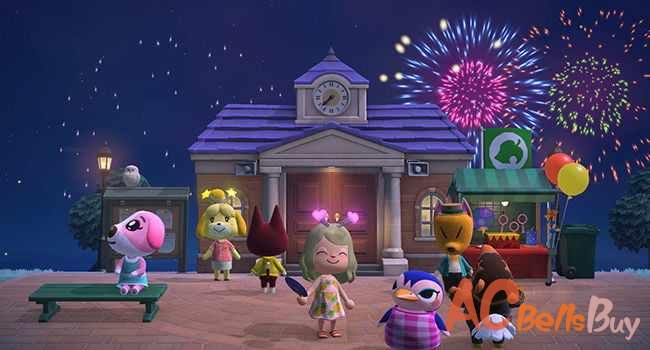 Now, Nintendo has finally released a real update: the 1.11 update is live today. Now the players are finally at ease. Because this news is already confirmed. There will be several Seasonal Items, Firework Show. The following are all the new items available in Animal Crossing: New Horizons.

It is worth noting that updates in New Horizons usually last for several months. Therefore, this content will be gradually released based on events that occur on the site. There are 37 new items in the 1.11 update. Twelve new handheld foods have been added to the game. This includes four flavors of marshmallows, three popsicles, and five types of tea. Regarding the latest updated items.

In order to further understand how these items are used, players can choose to purchase Animal Crossing Items by participating in low-priced sales activities through the ACBellsBuy website. This is a rare opportunity. These are all related to the seasonal events mentioned earlier.