The game has been updated to version 1.4.1. Usually after a major update, there will be a small update in about a week, mainly to fix some problems that occurred in the major update. Then, let's take a look at what problems this update fixes:

1. Fixed the issue that allowed the spawning of trees other than the existing fruit trees.

2. Fixed the problem that after returning from other dreams, the glowing ground on the island disappeared and the money was gone.

3. Fixed the issue of empty swings when hitting rocks at specific locations. 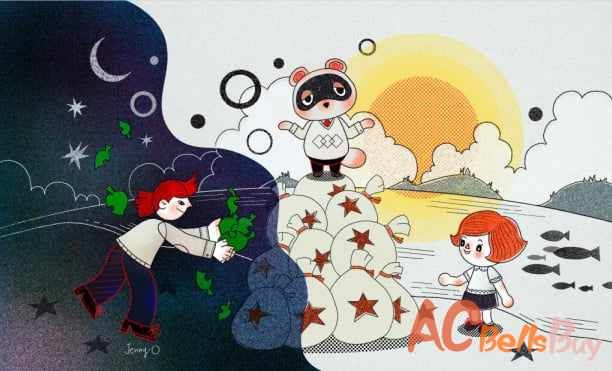 Because dreamland can upload islands, Nintendo found a lot of problems. Stars and trees are one of them. It was previously confirmed that some players were warned by emails from Nintendo for "discussing" the game too much. So, this update is just For this, other item trees other than fruit trees have been fixed, which will become cash cows after the update.

Other items, trees, are indeed a bit bad, but the star tree personally feels that the decoration is pretty good. It is a pity to remove it. It would be great if you can DIY the tree decorations yourself in the future. Several times you don't have enough time to collect items, then you can also quickly dress up your island by purchasing Animal Crossing Bells or Animal Crossing Items or even suits on acbellsbuy.com