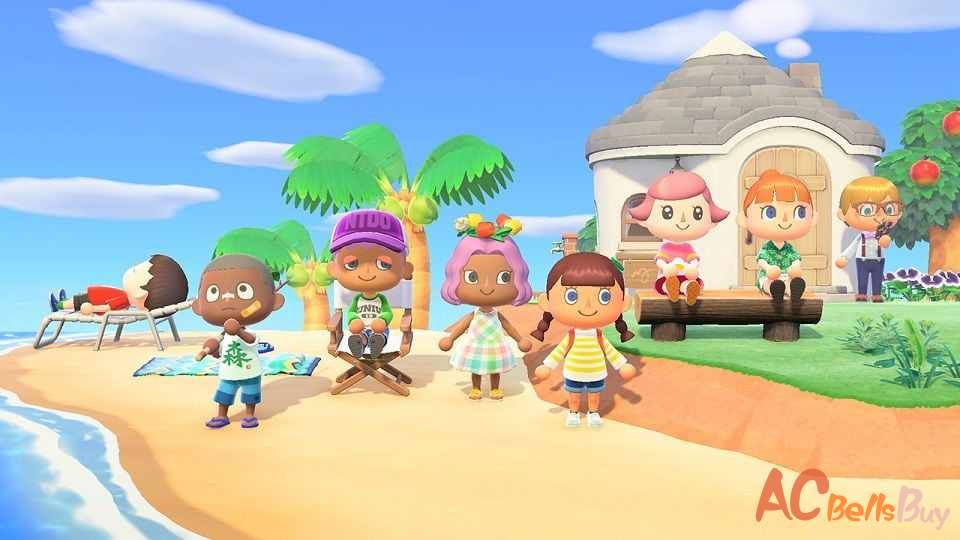 Let's learn about Animal Crossing from the beginning!

The first game, Animal Crossing, was released on Nintendo's N64 in April 2001. It was the first NINTENDO IP.

The game was conceived as a social simulation game and later became popular among gamers for its high degree of freedom. In the game, players take on the human role of a 'villager' who lives in an anthropomorphic animal village that occasionally hosts activities such as planting flowers and exchanging letters and gifts with villagers. The most important thing is that in-game time and real-time are perfectly synchronized.

One of the game's most celebrated freedoms is that there are no quests or time constraints, you're allowed to not make friends with your neighbors, you're allowed to not farm and fish, there's no hunger, and there's no blood. You don't have to worry about living like any other survival game. You can get through the day without doing anything. While not new at the moment, it was a bold idea at the time.

You can decorate your own cabin

The game includes weather, season, and day/night systems. In different weather and seasons, there will be different random events (full of Nintendo's unique mystery). Because time is synchronized with reality, there will be different activities at certain festivals, such as Christmas, Halloween, etc., but if you miss them, you will have to wait until next year. (The earliest versions could adjust machine time to allow time travel.)

Like many of Nintendo's most famous IPs, the game has maintained its original core gameplay and continues to optimize the player experience, even after many sequels have been released. 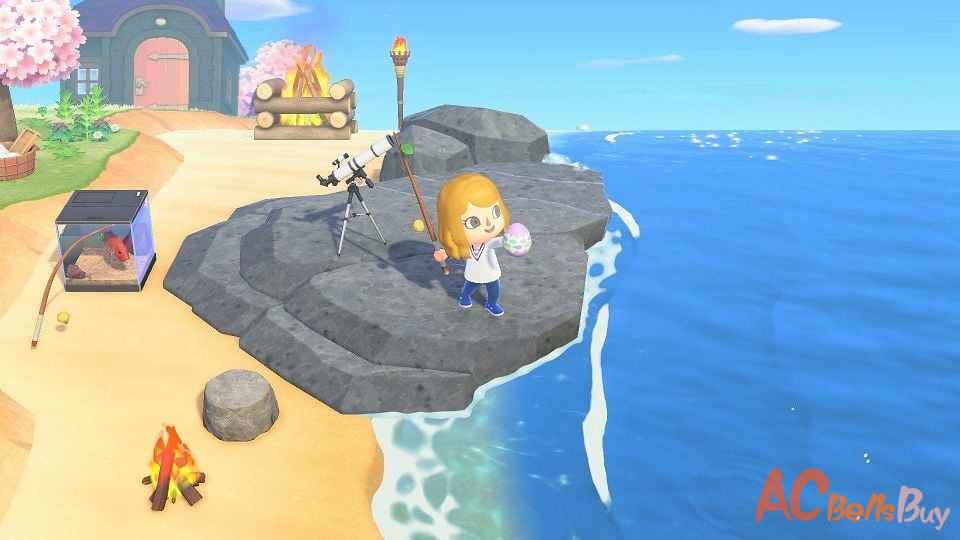 As many players have said, this is not so much a farming game as a mortgage game. As a new resident who just came to the island, you need to have a place to live. However, fox, a profiteer and grocer, will first give you a small house, telling you that I gave you the house, but you have to pay the mortgage yourself. So the game has a non-mission: return the money.

Although He wants you to pay the mortgage, it doesn't matter if you choose not to do so. This loan has no interest and no time limit. The price of not paying it back is simply not being able to make your house bigger. If you choose to settle for the status quo, you can certainly experience the leisure life in the game. If you are willing to pay the mortgage, then you can have a bigger house and more mortgage!

Since you can have a bigger house, so dress up your house is an essential link! In Animal Crossing in the past, all kinds of furniture were the players' favorites, and sometimes there was special furniture for different festivals. The furniture system in this new book is still a highlight.

In addition to furniture, the game can also buy different seasons different kinds of different colors of clothing, dress, if you are good at painting, you can put on their own painting clothes. 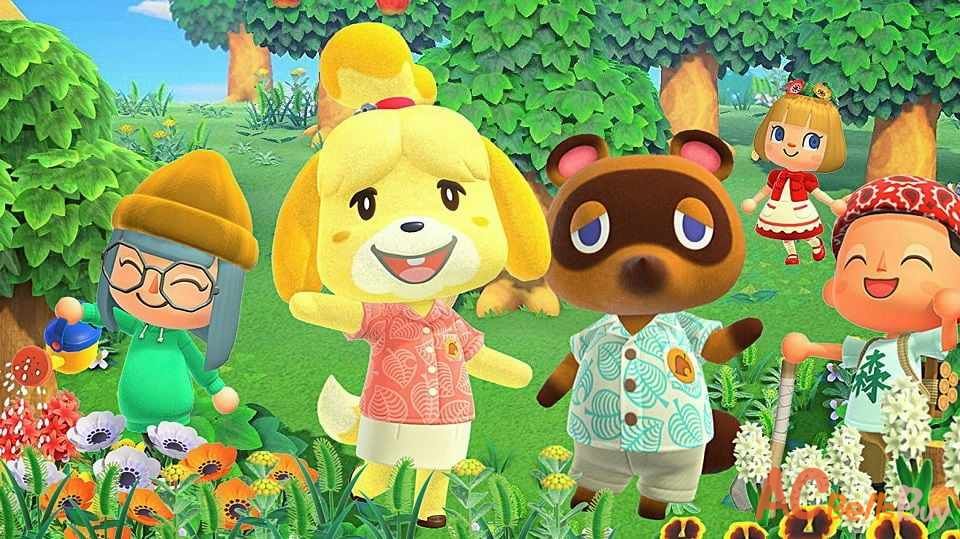 To buy a house, to buy clothes, of course, need money! Where does the money come from? At Animal crossings, you can earn money by working -- fishing, picking fruit, planting flowers, and catching insects! However, the quickest way to make money is to resell radishes -- buy them from her mother-in-law -- and so on. Radish trading once helped a group of players to get rich. At Animal Crossing: New Horizons, and players needed Animal Crossing Bells.

Besides the above, the most important thing is the interactive system of the game. Don't forget that this is a social game. The animals in the game have their own ideas and different personalities, making them look less like a bunch of data and more like your friends in the game. They wait to meet you in the alternate universe of the game, sometimes playing nasty pranks, and sometimes moving out of your life.

This unpredictable fetter system is actually the biggest killer of Animal Crossing.

The first is a further improvement in image quality, which I don't need to say you can actually see. Richer costumes, more varied houses, richer decoration systems, and the ability for characters to pinch their faces. With rich seasons and more free terrain design, you can completely create your favorite home by changing the terrain.

You can also spend time with real friends on an island you've created. Even friends you don't see very often can be cultivated in the game.

These increased technological power and richer game elements are just telling old players that the game that has accompanied you will reappear in a richer form, adding a layer of cream to accompany Animal Crossing. As I said before, It has been about 19 years since the first Animal Crossing. In the past decade or so, it has never changed the core of the game -- it is a game that accompanies you. 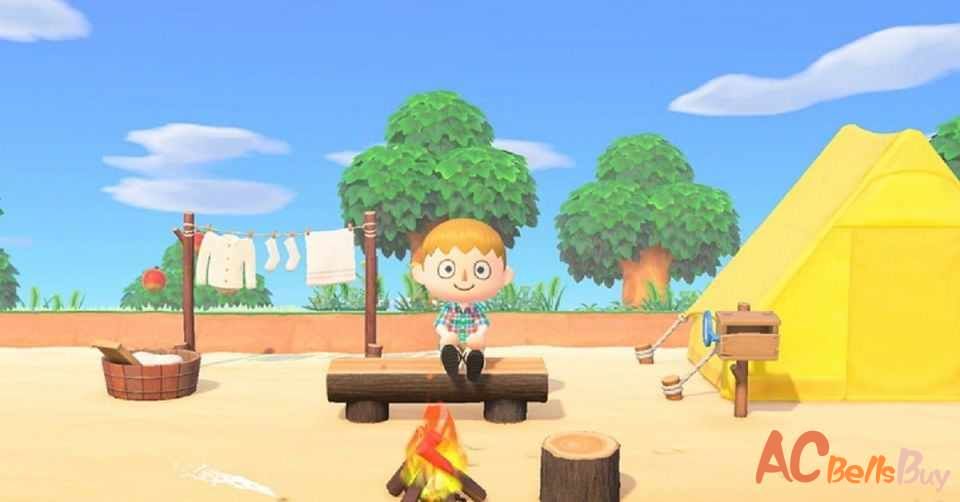 Why do I still not understand Animal Crossing?

Because it is a game in which only one's feelings can bind.

When you hear a lot of Animal Crossing players describe their experiences, it's likely that you've listened to what they're telling you, and it looks interesting and moving, but you're still in a fog about what the game is about. Everyone Shared their own experience in the game touched, players in the game felt the company, this ineffable biggest charm, it is difficult through a few words to completely unknown players empathize.

The game system can be described in detail, but players have different feelings. What is Animal Crossing like? It is not a cloud game, this game based on the company, but also a lack of company with you. I can tell you how the game system is, but the most touching part of the game is how you feel in the game.

May you also harvest the best friendship in the uninhabited island!