Recently, some players discovered Assemble! The color of the airport in Animal Crossing will affect the color of other items. He organized his findings and posted them on Reddit, which immediately sparked discussion among players. 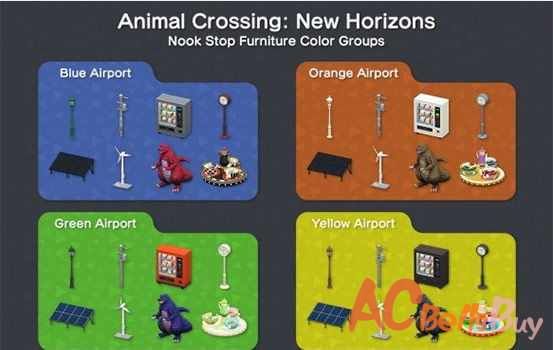 Assemble! Animal Crossing became popular all over the world immediately after it was released. Players not only enjoyed the fun of the game, but also explored the internal mechanism of the game world. Some players even found some loopholes and errors. PraiseHolo accidentally Found this law.

After the post was published, many netizens began to compare and verify, and the results did verify that the color of the airport did determine the color of many items on the island, such as street lights, snack vending machines, and monster statues. With the help of Animal Crossing Bells, players can quickly verify.

Although a small number of players encountered exceptions, after discussion, everyone found that the colors of many items were not completely random, but were directly related to other factors.

It is currently unclear whether this hidden association is intentional or casually added during the program design, but new discoveries can be made after animal crossing has been released for so long. The charm of this game is very great. ACBellsBuy.com provides professional Animal Crossing Bells service. A professional platform serves professional players.