Home  >  News  >  How to get Animal Crossing kk Slider fast?

How to get Animal Crossing kk Slider fast?

Animal Crossing KK Slider is a male dog musician from Animal Crossing New Horizons who plays guitar. If you know him well enough, you will know that he is also known as K.K. or DJ K.K.  It's a nickname for very cool people. Including the choice of Buy Animal Crossing Items is a very meaningful decision for island planning.

KK Slider's main job is to play. His birthday is August 23 and belongs to the sign of Virgo. Virgo's personality makes KK Slider very serious and careful. According to the data survey, as of the latest version update, KK Slider has played a total of 95 songs in Animal Crossing. Just by listening to the numbers, you know he's a great musician. 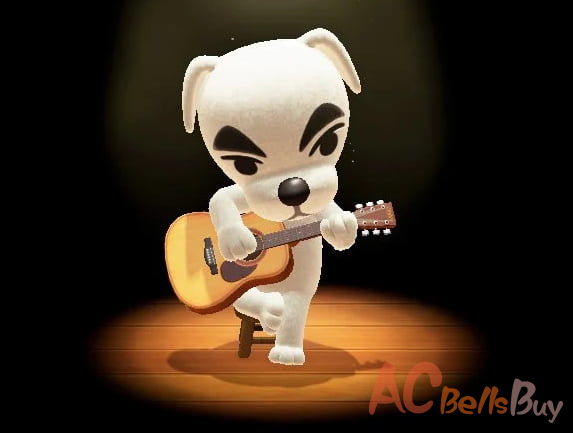 The appearance of KK Slider

KK Slider's species is known to be a dog, but his exact breed has never been officially revealed. Judging by appearance alone, he appears to be a white Labrador. He has bushy black eyebrows that are almost semicircular. He has simple, half-closed dark eyes and a shiny black nose. It can also be seen that his teeth are sometimes exposed when he sings.

Animal Crossing New Horizons has a personality classification for each villager. KK Slider is a hippie-style traveling musician. He loves music and loves every Animal Crossing Concert. KK has a clear passion for performing for others as he performs for people every week. If you want to find him quickly, you can try your luck at the Resident Services Center.

The KK Slider is essentially a traveling guitar-playing dog. Due to the nature of his travels, KK Slider will only visit your island once a week, but at New Horizons, you have to make your island worth visiting first. To do this, you'll need to increase your island's star rating to three stars to finally convince this special dog to come and visit. Isabelle will judge you.

When you meet this, Animal Crossing Isabelle will receive a note from KK stating that he has heard that your island is a good place to visit. After meeting KK Slider, you can order a song or ask him to sing any song. Then Tom Nook will travel duty and will invite KK to play a concert on your island. Don't be surprised when you meet KK Slider. Because out of all the animals in the game, he's the only animal villager who doesn't wear clothes. 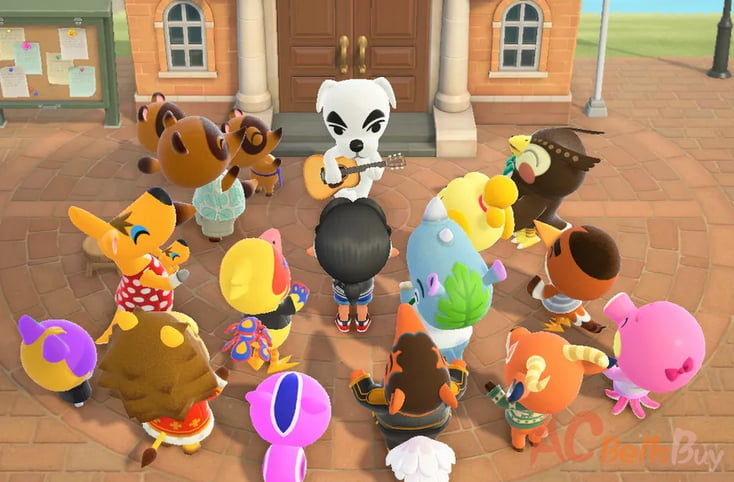 KK Slider puts on a concert every Saturday night in your town. You'll see him camping out in front of your Residential Services building all day, but he'll only be there between 6 pm and midnight. Talk to KK after 6 pm, and he'll ask if you want to hear a song. You can request a specific tune or let him choose one at random. Once decided, sit in any chair in the square, and you'll see KK perform.

Animal Crossing's 2.0 update also introduces a ton of other content. All updates are available from ACbellsbuy. Come up with any ACNH Items you want. Choose Buy Animal Crossing Bells, and you'll get everything you want within ten minutes.