The Festival event started on February 15. Pave will arrive on your island and he will bring you some confetti and carnival spirit. Players can use the net to catch feathers and trade to learn dance moves. If you find a rainbow feather, you will want to work harder to catch it.

On February 15th, head to the square on the island and you will find Dancer Pavé. On the day of the event, you will be able to capture the colorful feathers floating on the island and sell them to Pawi in exchange for a special passionate dance number. 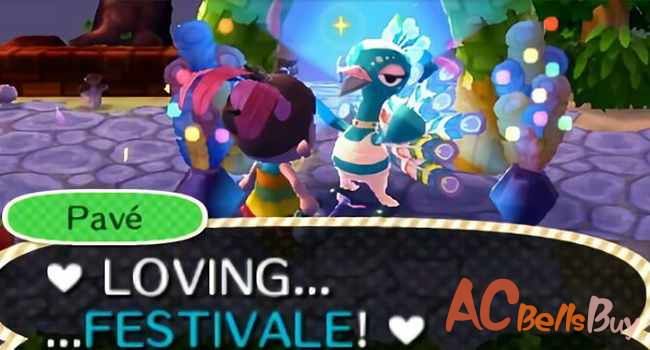 In addition to special dances, players may also get special furniture from the Pavé series, and Festivale will also bring new reactions, costumes, and seasonal items. You can purchase the Viva Festival Reaction Kit from Nook Crany. These include "Feelin", Viva and Confetti.

On February 1, Festivale clothing will be purchased at the Able Sisters store. Finally, the Nook Stop Resident Service Center will provide special seasonal foods such as chocolate hearts and heart-shaped bouquets from February 1 to February 14.